Inferialis was a famous band in the Moldavian underground metal scene, despite only having a very limited rehearsal tape with two tracks : 1. Broken Piece of the Sun (6:59) 2. It was a Yarn (6:05) After the band split-up in 1998, vocalist Petru and keyboardist Dan went on to form the Europop band O-Zone which sold millions of discs all over the world, and released big hits like "Dragostea Din Tei" (commonly known as the "Numa Numa" song). Petru was kicked out in the early days of O-Zone. There was also a second guitarist in the band whose name is unknown. https://www.metal-archives.com/bands/Inferialis/108581 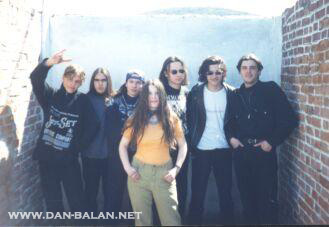